For higher education, you should always enroll in a university that has good reputation and is equipped with well-experienced teachers, hi-tech facilities and good management. Students plan a lot to shape up their career and to make those plans successful they need to choose the best university. Usually, students prefer well-ranking universities for their higher education because universities that rank high are the ones that offer topnotch quality education. Here is our list of top 10 universities in the world. 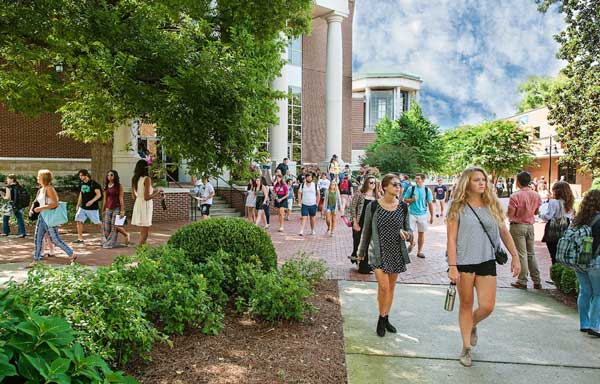 The Harvard University is situated at Massachusetts, US. It was established in 1636. Presently, it is the most desired university in the world. Every year more than 21,000 students join this university for achieving graduate and postgraduate degrees. It has nearly 2,100 members in its faculty. In US alone, the university has over 320,000 alumni and over 271,500 alumni from other countries.

Situated at Cambridge, England, UK, the Cambridge University is one popular education institution that has been offering good quality education since the 12th century. It has over 6,000 academic staffs. There are about 65 graduates from this university who have been awarded with Nobel Prize. Over 18,000 students seek admission in this university every year.

The University of Oxford is 915 years old. It is located Oxford, UK. Over 22,000 students from 150 countries come to the University to achieve graduate and postgraduate degrees. Since decades there has been terrific competition between Cambridge and Oxford to rank as UK’s best University.

Providing superior quality education in science, technology and research, Stanford University is yet another world famous university from US. It is situated in California and lies between San Francisco and San Jose.

Its alumni include 17 Noble Prize and 4 Pulitzer Prize winners. It has over 1,900 academic staffs. Nearly 15,000 students from US and across the world apply for courses in this university.

Placed at New Haven, Connecticut, US, the Yale University is one of the oldest education institutions that offer higher education in US. It was established in 1701. It has more than 3,600 members in its academic staff. Over 12,000 students enroll for graduation and post-graduation courses. Five US presidents and nearly 20 US Supreme Court judges have graduated from this university.

The MIT University is situated at Cambridge, Massachusetts in the US. Since 1865, the University has been offering world-class education and study facilities not just for US students but also for students from across the globe. It has more than 1,150 faculty members. Annually about 11000 students enroll for graduate and postgraduates courses.

The Imperial College London from UK has consistently ranked among the best colleges of the world since several decades. With over 6,000 faculty staff and 12,000 students enrolling every year, it is one education institution of UK that has students enrolling from all over the world.

Located at Berkeley, California, US, the University of California is also one famous education institution that has more than 30,000 students enrolling each year. It was established in 1868. Its alumni include 18 Noble Prize winners from various categories such as literature and economics.

The oldest university from Tokyo, The University of Tokyo was established in the year 1877. Over 28,000 students seek admission for graduation and post-graduation courses. It has more than 5,700 members in its academic staff. Notable personalities such as 15 prime ministers and several Noble Prize winners have studied in this university.