It is not easy to secure an admission in a well-known law school. However, if you manage to get admission in a world-class law school, you can easily secure a high-paying job in the market. Here is the list of top 10 law universities in the world that we have compiled for you. 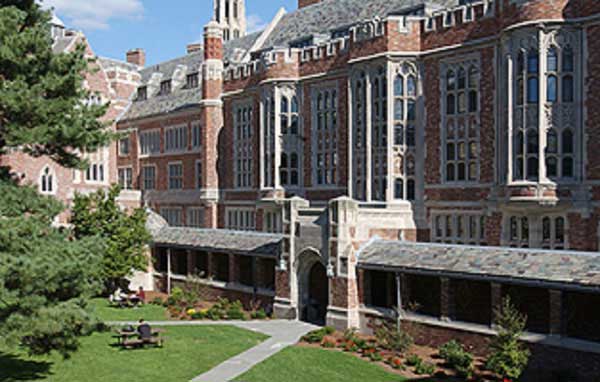 The most premiere law university in the world is Yale Law School. It was started in 1824 at Yale University which is situated at New Haven, Connecticut, US. Some of the degree courses in law offered by this school include J.D, LL.M, J.S.D, M.S.L and joint degree programs.

Harvard Law School is the dedicated law education college of Harvard University. It is situated at Cambridge, Massachusetts in US. It was established in 1817. It has the largest academy library compared to any other law school in the world. The courses offered by this college include JD, LL.M, and S.J.D. It also offers joint degree courses like JD/MBA and JD/PhD.

The University of Cambridge is one of the oldest law education schools in the world. The Faculty of Law of this university has a competitive admission procedure and after clearing the entrance exam called the Cambridge Law Test, one can seek admission. Courses available at the university include LL.M, Masters of Corporate Law, LL.D and diploma courses in legal studies.

Located in Heidelberg, Germany, the University of Heidelberg was established in 1386. The Faculty of Law is one of the four original faculties of the university. To get admission in the first professional degree course, you need to provide the faculty staff with your GPA score, and grades in German, math and one foreign language apart from other merits. Other degree courses include general and specialized LL.M.

Established in 1887, the University of Toronto’s Faculty of Law is a well-known law education college in the world. It is situated at Toronto, Canada. To get enrolled in J.D. program, one needs to have a GPA of 3.9 and a score of at least 96% in the Law School Admission Test. The law courses available at this university include JD, LL.B, and LL.M.

Stanford University started the Stanford Law School in the year 1893. It is located at Silicon Valley, California in US. It offers various degree courses such as JD; joint degree courses like JD/PhD, JD/MBA, and JD/MA; LL.M, Stanford Program in International Legal Studies (SPILS), Doctor of the Science of Law and Master of Legal Studies.

The Melbourne Law School that belongs to the University of Melbourne is the best known law school in Australia. It was established in 1857. It is known for its topnotch teaching and research. It follows one of the most competitive admission procedures. It offers degree courses such as Melbourne JD, Melbourne Law Masters and Graduate Research Degrees like PhD and MPhil.

The New York University School of Law (NYU Law) was started in 1835. It is located at New York, USA. It has consistently ranked among the top 10 law schools in US. The law courses offered by NYU Law include J.D., LL.M, J.S.D., and dual degree course like JD/MA, J.D/MBA, and JD/MSW.

The University of Pennsylvania Law School is also known as Penn Law. It was established in 1850. Penn law offers J.D. and graduate degrees like LL.M, LL.C.M (Master of Comparative Laws) and S.J.D. It also offers dual degree programs like JD/MBA, JD/MES, JD/MPA and many more.